I was cleaning out the file cabinet in my office at Ashland University when I came upon a bunch of folders that contained a lot of my writing from grad school. This included three short stories and an essay that, when I read it, made me realize that its real life was only the first section, and only as a piece of fiction. Two of the four pieces of writing (the essay, specifically that first section of the essay) and one of the short stories were set in a trailer park. The short story was set in the real trailer park that my essay started out in. 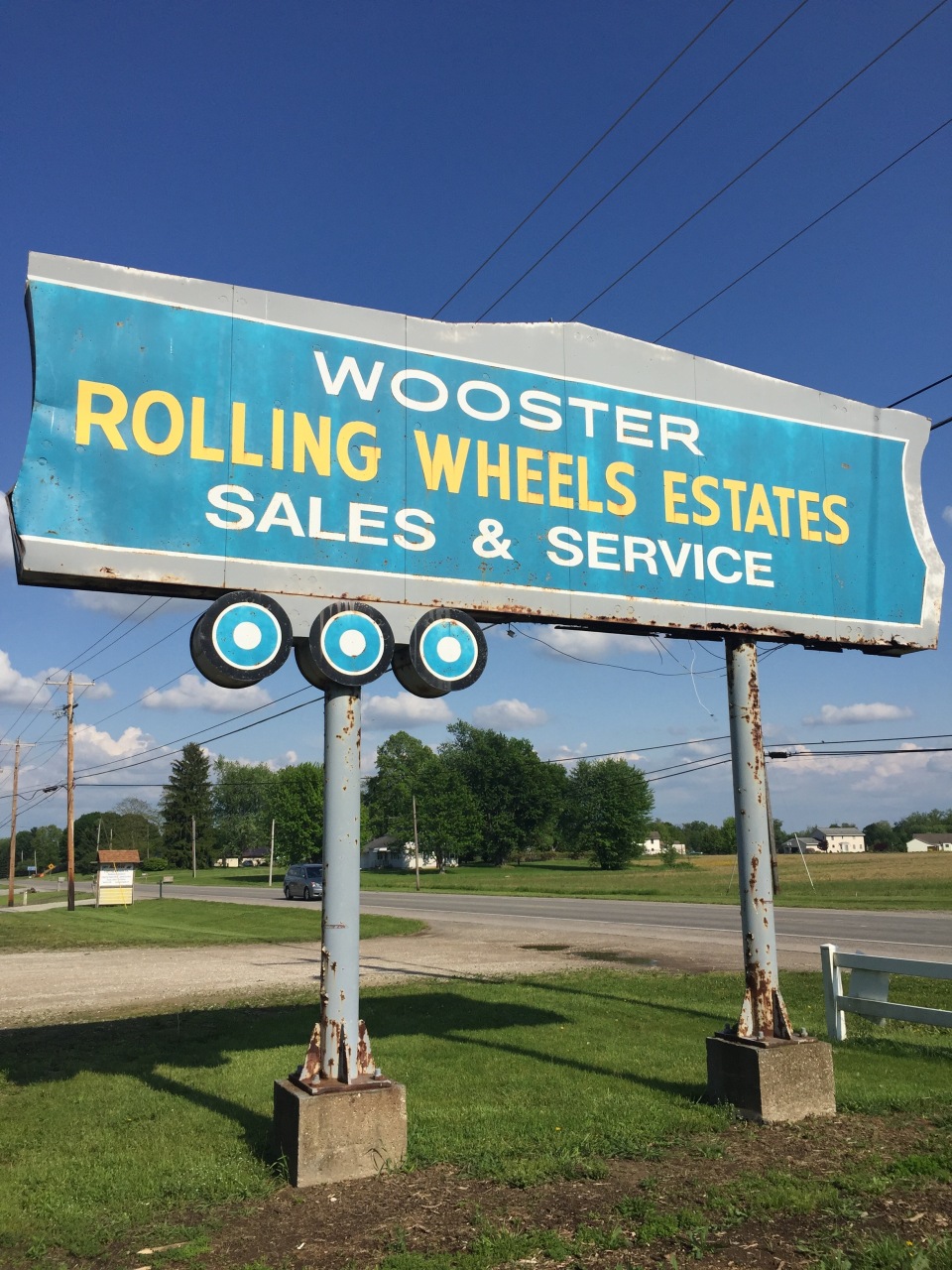 That’s Rolling Wheels Estates, the trailer park I spent the most formative young years of my life, 1979 to 1985. It’s the place I had five birthdays, from five to ten. When I read that work, I thought, hey, that’s not as bad as I thought it was! Maybe I’ll post it on the blog!

I’ve had second thoughts about that, but the writing got me thinking more about that trailer park. One thing about nostalgia is that it doesn’t trigger until you haven’t visited it in a while, and, well, I still visit that trailer park on a regular basis because that’s where my in-laws live. That being said, I’ve never really taken the time to just walk around and let it soak in. I’ve walked around with the kids a couple times, showed them where I lived and where my brothers and I rode our bikes. But that’s about it.

The other day, though, I took Emery, my soon-to-be 12 year old son, to his grandparents so he could mow their yard. While he did that, I took a walk. I found that I just wanted to walk around and think about this place, especially in light of the fact I will soon be moving far away from it, again.

So much about the park hasn’t changed. There are trailers still in that park that were there thirty years ago. The sign out front is still the same. The small brick building that I have vague and foggy memories of sitting on the floor while Mom and Dad filled out the paperwork to buy the trailer that we were going to move into 107 Evergreen is still there, but it’s boarded up and not used anymore. 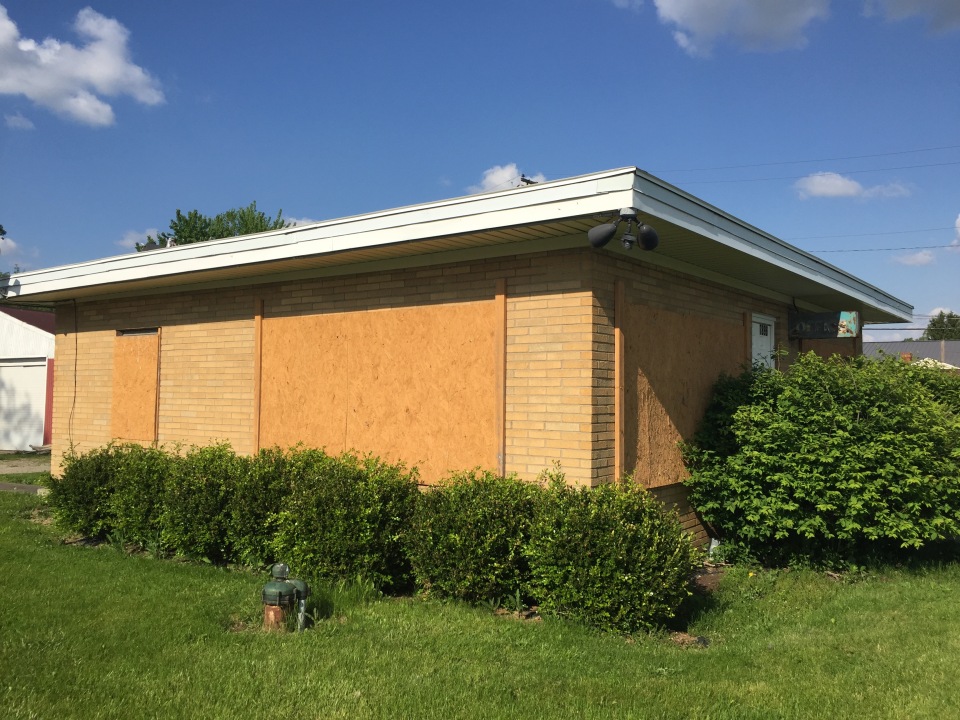 The old brick building back in the park that was a laundromat is still there too, but it’s also boarded up and graffitied. There used to be a basketball hoop back behind that laundromat, or at least I thought there was, but there isn’t anymore. I did find a post hole, though, hidden in the tall grass, where that hoop used to be.

The tan double-wide the park’s caretakers lived in is still there, right next to 107 Evergreen, where a different trailer sits. 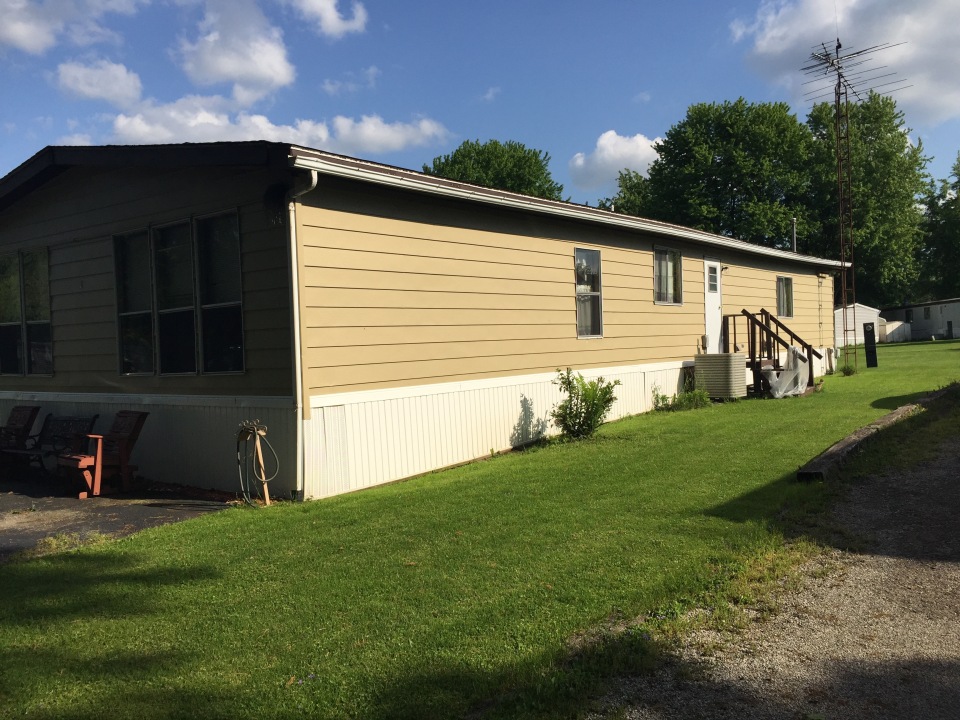 But the woods that I used to stare into which was directly across the drive is still there, although it seems far smaller and not nearly as wide as I remember thinking it was as a kid. 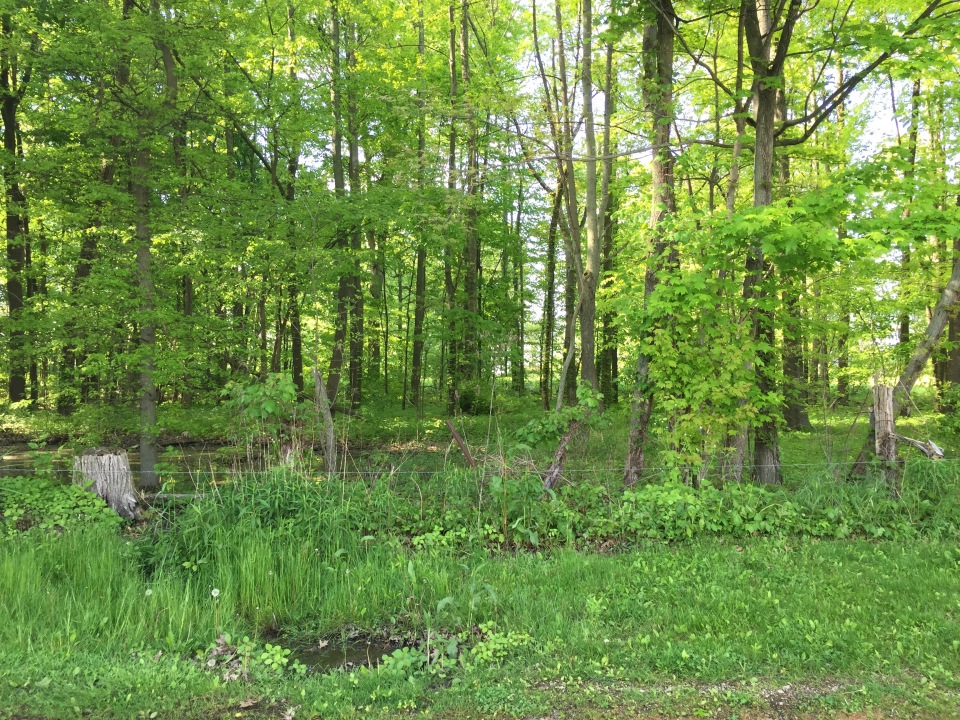 Finally, the pond and the rusted out chainlink fence, with barbed wire at the top, is still there too, as are the geese.

The short story I wrote that was set in the trailer park was called The Fence, and it was about a little boy who wanted nothing more than to get inside that rusted out fence. That was what I wanted when I was young. I hit so many baseballs and threw so many footballs and kicked so many kickballs into the pond that they often times gathered in one corner of pond, where the cattails grew thick, and after about a week, Harold, the caretaker, would walk out, unlock the padlock, open the gate and walk around collecting the things I had sent flying over the fence.

One thing there wasn’t in the pond was a bunch of balls. According to my mother-in-law, there aren’t any kids living in the park anymore. That, I think, is kind of sad, because that trailer park was pretty much the best place I could ever imagine growing up.

Matt Tullis is the author of Running With Ghosts: A Memoir of Surviving Childhood Cancer. He is the director of Digital Journalism at Fairfield University, and is the host and producer of Gangrey: The Podcast.